So technically summer doesn’t start until June 20, but around here it may as well start on the first. It’s hot, the rolling, green hills are now rolling, brown hills, everything’s on fire, and we’re just waiting for the next power shut-off. What I’m trying to say is a lot of these are June releases, and some of them are coming out before the 20th, but I still consider them summer books! Ahem! I’m sure I don’t need to validate myself to you, gentle reader, but here we are. Under the cut we’ve got all sorts of books- from graphic novels to thrillers, short story collections and books with mechs(!), it’s quiet the mixed bag this summer, and I’m excited!

END_OF_DOCUMENT_TOKEN_TO_BE_REPLACED

Happy Friday yet again, all you shiny and rad people-types. Hope the week has treated you well and you’ve got something nice planned for your days off. The flower brigade isn’t slowing down anytime soon here in the Lands of the Four Winds, so sit back, relax, and enjoy some more images I’ve taken on local walks and exploration.

END_OF_DOCUMENT_TOKEN_TO_BE_REPLACED

Hello everyone, and welcome back to another edition of TTT! I hope you guys are all doing great and June has been treating you well! This week’s title is a little sloppy, but essentially I’m showing off a list of titles that made me want to read books that were similar to them; be it because of the writing style, the character choices, the plot, or a combo of those things. So join me under the cut, where I talk about mafia members falling for cops, witches, chocolate, and so much more!

Warning: I’ll be discussing plot with some of these, so that will most likely mean some spoilers, though I’ll try to keep them minor.

END_OF_DOCUMENT_TOKEN_TO_BE_REPLACED

Rating at a Glance

August Landers is lost- not literally, of course, but a wanderer, someone who’s looking for the right place and the right time to find herself. Raised in the aftermath of Hurricane Katrina by a mother who’s focus has constantly been on something else, August doesn’t know where she belongs. She finds herself in New York City, friendless, jobless, and with no place to live. But all that is about to change; New York is a city full of surprises, from secret service elevators to you’re neighbor being a drag queen, not to mention a mysterious and irresistible girl on the subway who may or may not be a time hopping anomaly…

END_OF_DOCUMENT_TOKEN_TO_BE_REPLACED

Happy Friday yet again! I hope everything is well in your corner of the world! After weeks of working at it, I’m starting to finally feel as though I’m making some progress with getting back into the groove of photography. At first it didn’t feel… right, and I would often return from long walks completely dissatisfied by the images I had captured. Part of this had to do with staring this challenge in winter, where there was very little to photograph without having to completely leave where I live. But spring is full of opportunity, and I’m lucky enough to be surrounded by wonderful gardens, parks, and yards overflowing with blossoms and green leaves.

END_OF_DOCUMENT_TOKEN_TO_BE_REPLACED

Happy TTT everyone! This weeks topic was a freebie, and since it also happens to fall on the first day of Pride Month, I figured it would be a great time to share my favorite non-hetero characters! I’ve been reading LGBTQ+ books for a long, long time, back when the rep wasn’t nearly as as good as it is today, and half of what was published was essentially tragedy-porn. Back then, if you wanted to write about being gay you usually had to do a “serious” book- there was no room for joy and celebration, or at least that is what publishers were pushing. The closest thing to gay comedy I could find back then was Dave Sedaris, who just happens to be gay, and doesn’t actually focus a lot of time on it in his works.

Of course there were exceptions! Lynn Flewelling, Mercedes Lackey, Ellen Kushner, Fanny Flagg, these women and a handful of other authors were creating stories where being gay wasn’t the main focus. Of course, these stories also had their problems, but at least their protagonists were allowed to live their lives without having to contend with a rash of prejudice and hate… mostly. If you were lucky enough to into the manga and manwa (Korean comics) scene, then you’d have an even broader selection of reading material- as Japan and Korean creators have been writing LGBTQ+ stories for a long time. Granted, most of them are not Own Voices novels, and a lot is to be said for how much fan service goes into these characters and their stories, but if you were patient and persistent, you could find some really lovely gems scattered throughout the thousands of scans and fan translations that existed (it took several years for Western publishers to quit straight-washing characters).

Sorry this is such a long intro! I’m usually already at the list by now! But, I figured this was deserving of a little backstory, especially because while it doesn’t feel like that long ago, we have made so many huge strides towards representation in literature! Graphic novels, comics, novellas, full-length books! You name it, and it’s available in some form or another! And the diversity of stories nearly matches the diversity of authors! Speaking as someone who had to live through a vast wasteland of nearly nothing, we are lucky to have the options we do! But enough of my babble! Let’s get to the good stuff!

END_OF_DOCUMENT_TOKEN_TO_BE_REPLACED

Wow, another month here and gone- this whole time moving faster as you get older thing is ridiculous. May was pretty good to me on a personal level, I managed to hit a good stride with my photography and actually feel like I somewhat back to the level I used to be at, and I completed the first draft of my novel! As I write this I’m nearing the end of a three week break from working on it before I dive back in for edits, so June is going to be a very busy month along those lines! How did May treat you guys? Did you accomplish everything you set out to do, or did you catch spring fever and found yourself distracted?

END_OF_DOCUMENT_TOKEN_TO_BE_REPLACED

Happy Friday one and all, welcome back to another installation of Five Flower Photo Friday! I hope life has been treating you well these last few days. I spent yesterday on the California coast, exploring the redwoods and gardens of the Mendocino area. Nearly ten hours on the road and only about four and a half spent at our destination, but it was worth it (it always is). I got a lot of great pictures and we returned home with an amazing sunset blazing out our backs. Hopefully this fall we’ll get to return for more than a few hours, but for now, a quick visit will have to suffice.

END_OF_DOCUMENT_TOKEN_TO_BE_REPLACED

Happy Tuesday, everyone! I hope you’re day’s been lovely and your month is going well! Can you believe we’ve made it to the end of May already? We’re already halfway through the year pretty much, and that’s madness! While I’ve been keeping pace with all my reading and writing goals, it still feels like I’m behind? Maybe that’s just my insecurities and lack of sleep talking, though.

This week was a quote freebie, so after browsing through my favorite books, I settled on lines that talk about change, growth, and knowing oneself. This last year has been a time of personal reflection for me, taking into consideration my strengths and flaws and trying to really own up to them, and doing my best with what I have. I hope you enjoy, and I’m looking forward to seeing what you guys got together for this weeks prompt!

END_OF_DOCUMENT_TOKEN_TO_BE_REPLACED

It’s Friday! Have you got anything nice planned for your weekend? We’re looking to sneak off to the redwood coast for a day trip on ours, and let me tell you, I’m ready for the ocean and ancient trees.

We’ve got more flowers for you this week- at this point I’m going to have to rename this Five Flower Friday, because that’s all you guys have been getting lately. Still. they’re lovely and spring is great, and I’m sure no one is complaining! I’ve also decided that since I’m incredibly bad at coming up with titles for these posts, I’ll be using random song lyrics from now on, not too random of course- I don’t want to be confusing you with nonsense phrases and scat improv, after all.

END_OF_DOCUMENT_TOKEN_TO_BE_REPLACED 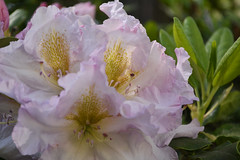 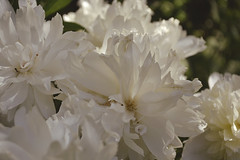 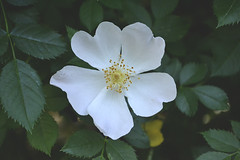