I feel like I’ve barely been on the ol’ blog lately and I apologize- this time of year is so crazy and I’m at work all. the. time. If I’m not there then I am a curled up, a little potato wrapped in a blanket and listening to sad song while thinking about stories and BTS. Seriously, they are supposed to be on break right now, but then GQ Korea happened and why won’t Hobi just let me breathe.

This week I’m showing off some of the books I hope I get for Christmas, though I doubt I will because the people in my life have decided that just because I work at a bookstore they don’t have to get me books anymore. I have a lot of questions, but none of the energy required to actually ask these people, who claim to love me, why they aren’t feeding my perfectly reasonable and healthy addiction.

Robin Blyth has more than enough bother in his life. He’s struggling to be a good older brother, a responsible employer, and the harried baronet of a seat gutted by his late parents’ excesses. When an administrative mistake sees him named the civil service liaison to a hidden magical society, he discovers what’s been operating beneath the unextraordinary reality he’s always known.

Now Robin must contend with the beauty and danger of magic, an excruciating deadly curse, and the alarming visions of the future that come with it—not to mention Edwin Courcey, his cold and prickly counterpart in the magical bureaucracy, who clearly wishes Robin were anyone and anywhere else.

Robin’s predecessor has disappeared, and the mystery of what happened to him reveals unsettling truths about the very oldest stories they’ve been told about the land they live on and what binds it. Thrown together and facing unexpected dangers, Robin and Edwin discover a plot that threatens every magician in the British Isles—and a secret that more than one person has already died to keep.

Call Us What We Carry

Formerly titled The Hill We Climb and Other Poems, Amanda Gorman’s remarkable new collection reveals an energizing and unforgettable voice in American poetry. Call Us What We Carry is Gorman at her finest. Including “The Hill We Climb,” the stirring poem read at the inauguration of the 46th President of the United States, Joe Biden, and bursting with musical language and exploring themes of identity, grief, and memory, this lyric of hope and healing captures an important moment in our country’s consciousness while being utterly timeless.

A Cat’s Tale: A Journey Through Feline History

A Cat’s Tale is a history of feline kind: its origins, the evolution of the relationship with their human companions, and the surprising ways in which feline history parallels that of humanity. From the prehistoric Felis (a large mammal from which all domestic cats have descended) to ancient Egyptian cat goddess, key cats of the Enlightenment to swashbuckling pirate felines and infamous American tabbies, the story of catkind is told here in its totality.

The world of magick and the world of man have long been estranged from one another. But some can walk between the two–including Breen Siobhan Kelly. She has just returned to Talamh, with her friend, Marco, who’s dazzled and disoriented by this realm–a place filled with dragons and faeries and mermaids (but no WiFi, to his chagrin). In Talamh, Breen is not the ordinary young schoolteacher he knew her as. Here she is learning to embrace the powers of her true identity. Marco is welcomed kindly by her people–and by Keegan, leader of the Fey. Keegan has trained Breen as a warrior, and his yearning for her has grown along with his admiration of her strength and skills.

But one member of Breen’s bloodline is not there to embrace her. Her grandfather, the outcast god Odran, plots to destroy Talamh–and now all must unite to defeat his dark forces. There will be losses and sorrows, betrayal and bloodshed. But through it, Breen Siobhan Kelly will take the next step on the journey to becoming all that she was born to be.

Something is about to give.

Steffan Dekkard is an isolate, one of the small percentage of people who are immune to the projections of empaths. As an isolate, he has been trained as a security specialist and he and his security partner Avraal Ysella, a highly trained empath are employed by Axel Obreduur, a senior Craft Minister and the de facto political strategist of his party.

When a respected Landor Councilor dies of “heart failure” at a social event, because of his political friendship with Obreduur, Dekkard and Ysella find that not only is their employer a target, but so are they, in a covert and deadly struggle for control of the government and economy.

Steffan is about to understand that everything he believed is an illusion.

Ask a Historian: 50 Surprising Answers to Things You Always Wanted to Know

Why is Italy called Italy? How old is curry? Which people from history would best pull off a casino heist? Who was the richest person of all time? When was the first Monday? What were history’s weirdest medical procedures that actually worked? How much horse manure was splattered on the streets of Tudor London? How fast was the medieval Chinese postal system? What did the Flintstones get right about the Stone Age? Who gets to name historical eras, and what will ours be called in 100 years’ time? How do we know how people sounded in the past? How old is sign language?

In Ask a Historian the author, BBC podcaster, and public historian Greg Jenner provides answers to things you always wondered about, but didn’t know who to ask. Responding to 50 genuine questions from the public, Greg whisks you off on an entertaining tour through the ages, revealing the best and most surprising stories, facts, and historical characters from the past. Bouncing through a wide range of subjects – from ancient jokebooks, African empires, and bizarre tales of medicinal cannibalism, to the invention of meringues, mirrors, and menstrual pads – Ask A Historian spans the Stone Age to the Swinging Sixties, and offers up a deliciously amusing and informative smorgasbord of historical curiosities, devoured one morsel at a time. 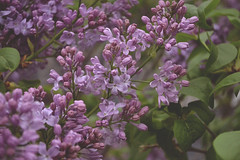 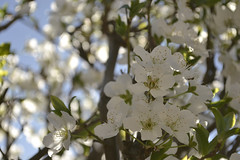 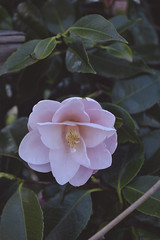