Happy Sunday, readers! This week we’ve got a really fun SGS; it takes a look at animated movies, Disney and otherwise. I pretty much flew through these answers, as I still really enjoy animated (anime) shows on a regular basis. So what’s under the cut? Aladdin, The Last Unicorn, a really bad Invader, and Daria, not to mentiom some other stuff- we don’t want to give it all away, after all.

Seriously Geeky Sundays are brought to you by Heather over at Just Geeking By, check it out and join the fun. Every week has interesting prompts, and the questions are quite unique.

What is your favorite Disney movie?

Aladdin- it’s the funniest and has the best protagonist/supporting cast dynamic of any Disney movie. You can’t go wrong with Robin Williams, he brought vibrancy and life to Genie, as well as heart. The moment when Aladdin chooses to give him his freedom is one of the best moments in Disney animated history. Also, what other princess gets a tiger as her best friend? Jasmine is angry and self motivated and I love her.

What is your favorite non-Disney movie?

The Last Unicorn- made in 1982, it’s an absolutely stunning film that stays very true to

Peter S. Beagles book. The voice actors are also amazing- Mia Farrow, Jeff Bridges, Christopher Lee, and more round out this beautiful and magical story about a unicorn in search of the rest of her kind.

What is your favorite animated show?

Cardcaptor Sakura, of course! I started watching this in the 90’s when it was horrible and dubbed and I still managed to enjoy it. Now I’m in my thirties and the creators, CLAMP, are back to give us another gift in the Clear Card Arc. It’s heartfelt and sweet and has a great cast, younger people can appreciate the adventures, older viewers will like the humor and relationships.

What was your favorite childhood show?

Invader Zim, a Nickolodean show that was strange and dark and twisted and I really

don’t understand why Nick let this utterly deranged series continue for as long as it did. It’s about Zim, a completely incompetent Invader who is sent to earth to “conquer” it, but in actuallity his higher ups just want him out of their sight. Zim is foiled by Dib, the super genius kid next door with the ENORMOUS HEAD. It’s gross, it’s weird, it’s Jhonen Vasquez getting away with a lot more then maybe day time children programming should have allowed him too, and it’s great.

Who is your favorite animated character?

Daria, the epitome of disillusioned mid 90’s teens everywhere. Sarcastic, dry, and dead inside. She was unimpressed and unmoved by what was around her, a feeling many young people can sympathize with, even (moreso) today. I respected her as much as I loved her. Originally created as “a smart female who could act as a foil” in Beevis and Butthead (a show I hated), she was given her own show and it allowed her and best friend Jane to come into their own. As someone who is also sarcastic, dry, and dead inside, it was nice seeing myself represented on television.

What is your favorite piece of music from animation?

Tongue in cheek answer? (Seizure warning, this video is a flashing mess)

Metalocalypse was a great show, funny and disturbing. I love Nathan Explosion so much.

This soundtrack is amazing. Whenever I hear someone say “God bless America”  my immediate thought is of the band, America, specifically for this soundtrack. Thank you gentlemen, thank you.

Alright! Recognize any of these? I’m dating myself pretty badly with some of the entries, but it’s cool, I’m not ashamed. Did you guys watch any of these? Sound off in the comments and we shall compare!

6 thoughts on “Animation in Fandom” 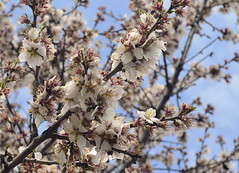 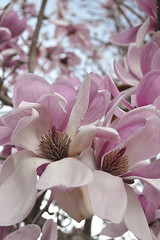 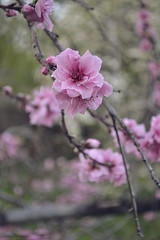