I admit, sometimes my choice of what to read next is based completely on how much anxiety the premise of the book induces. Sometimes high stakes, death-around-every-corner is just not for me, and I’ll opt for a memoir or biography or other work of nonfiction, which usually keeps me calm (except for you, Black Hawk Down, but really, I should have known better). I’ve also discovered books about treating and coping with anxiety gives me anxiety- how’s that for a catch-22? Sometimes I feel like the best course of action is to just keep telling myself I don’t have anxiety, and I’ll start to feel better, because thinking about it certainly makes it worse.

But we’re not here to talk about neurological problems! Unless, of course, you’d like to, in which case drop me a line. We’re here to talk about the books that are a mix of high stakes, deathly deatherson, and have been hyped up so much that I’m afraid I won’t like them (A Gentleman’s Guide to Vice and Virtue has left me with an anti-hype disorder I’m having trouble overcoming). There’s other reasons, too, but we’ll cross that bridge when we come to it.

In other news I have two days off in a row this week and I feel like Jack on the Titanic right now, though if I flung my arms wide and started shouting my cat would be very disappointed in me.

A Discovery of Witches, by Deborah Harkness: I just don’t know… I never can quiet get behind protagonists who have magic but either don’t believe in it or don’t want it. Unless it’s very dark, no good, bad magic, because I can understand not wanting that. I should give it a chance though, because in Practical Magic, the sisters didn’t want their power, but I loved that story anyway. I read an excerpt from it, and although the main character annoyed me, I feel like it would get better once she decided to do something about the plot hitting her over the head.

A Darker Shade of Magic, by V. E. Schwab: My main reason for avoiding this one is the character Delilah Bard, whose mention in the description is as followed; “forces Kell to spirit her to another world for a proper adventure”. I hate reading about characters saddled with pushy people who risk everything just for a bit of sport. I like reasons and motivations beyond a search for adventure. Don’t get me wrong, sometimes this works, but something about the description makes Delilah sound so selfish. Maybe there’s more to it then that, and it’s revealed later.

Mansfield Park, by Jane Austin: No high stakes or eminent death here. My only reason for avoiding this title is that once I’ve read this I won’t have any new Jane Austin to read and the thought depresses me. Discovering Austin was akin to finding a new friend, and I’ve loved every single one of her stories. Now I only have Mansfield Park left, and once it’s done, it’s done. The delight will never be the same.

Miss Peregrine’s Home for Peculiar Children, by Ransom Riggs: Too much hype and a movie made me loose interest in this. A decade ago I would have devoured this book for many reasons, the title, the cover, the story summary. Now I’m leary- what if it’s not that good? What if the writing isn’t as lyrical and mysterious as I imagine it to be? What if the characters are a drag? I guess I just overthought this one to the point where I feel like I’ll be disappointed by it.

Aristotle & Dante Discover the Secret of the Universe: An angry teen and a know-it-all teen become friends. Maybe I’m avoiding this one because I’ve been finding that stories about teenagers are just not engaging to me anymore. Maybe angry/know-it-all people make me crazy and the thought of reading an entire story devoted to them doesn’t sound appealing. But the title and the cover are wonderful, and representation is important, and I’m getting hungry and having trouble focusing.

Carry On, by Rainbow Rowell: Wait, Harry/Draco fic? Well, not really, but I imagine it like that. I want to read this so badly and I’m so worried I won’t 110% love it like I so desperately want to. I want to love it, I need to love it, and that frightens me.

Deathless, by Catherynne M. Valente: Last time I read a story about Russia it got bogged down in “brothers” and “revolution”. This novel borrows heavily from Russian history and folklore, but I’m worried it’s going to be another slog through the glorious fatherland where everyone is a bit of an asshole and/or they’re very boring.

Jem & the Holograms, by Kelly Thompson: I loved the cartoon. LOVED IT. I was excited to hear they were making a graphic novel of it till I saw the designs. I miss the big eighties hair and the outfits and it’s the same with She-Ra, I wanted this to be a story about twenty-somethings, not teens. I wan to see these characters be adult and do adult things. Sometimes I think anime has spoiled me for western animation, because in Japan, there’s no stigma to watching it anime or reading manga, but in the west we still feel like anything animated should be marketed for a younger audience. This isn’t always true, as Adult Swim and Cartoon Network have taught us. But even in those cases, these “adult” cartoons lean into weirdness to attract an audience instead of doing more adult story lines.

The Magicians, by Lev Grossman: Is this a book about assholes? The premise sounded great, but the show makes me think everyone is a a selfish prick. Am I wrong? Maybe. I just want to read about cool people doing cool things and generally being nice except when they are kicking ass. I guess that is too much to ask, a lot of stories seem to be told from the perspective of “flawed” characters, except the flaws seem to always be anger, resentment, selfishness, and other traits that can make it hard for me to like a person in real life, so why would I want to read about them?

Leia: Princess of Alderaan, by Claudia Grey: The reason for this is simple. This book was the last gift my father gave me before he died. It’s the last thing that passed from his hands to mine. When he gave it to me was the last time I saw him. I miss him. I want him back. He is the reason I love Star Wars so much. We should be going to see “Rise of Skywalker” together this Christmas…

So there it is, a list of books I’m avoiding. There are a ton more, of course, but these were the ones that popped out at me while scrolling through my 350+ long TBR list.

Summer seems to have fled overnight here, to be replaced by cool nights an breezy days. I wasn’t ready to say goodbye, but then again… I never am.

8 thoughts on “Top Ten Tuesday: Books on my TBR I’m Avoiding (Like the Anxiety Riddled Rabbit Woman I am)” 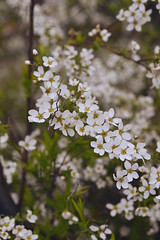 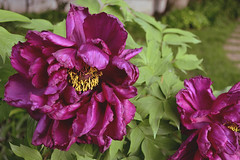 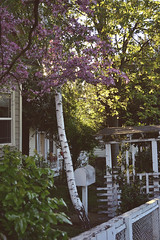